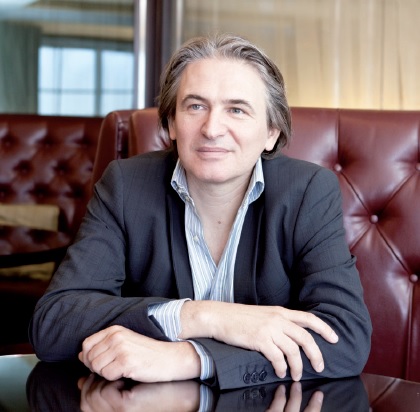 People ask me, “Why does MTV play so little music these days?” And yes, it’s only about forty-five hours per week. But although music remains at the heart of the channel, today we are about entertainment, whether that is scripted, reality or music. MTV has done extensive research into youth culture and what the millennial generation wants, and it’s not just music.

If you think of the world twenty years ago and today, it is now much more challenging to stay relevant. First of all, the sources of content are much greater. Second, the way that people can get access to content is far more varied. Lives now are increasingly fragmented, so attention spans are divided and younger people tend to do more than one thing at the same time. This means you have to be more compelling to get people’s attention. This is why we don’t play as much music as we used to — the narrative flow has changed and music has become more of a personal experience. Now we look for programming with a commonality.

One recent success was a series called Awkward. It was set in an American high school, so it doesn’t reflect Middle Eastern culture on face value, but it still works in this region, and around the world, because there are commonly experienced themes. So, rather than diversifying for each MTV region around the planet, we’re targeting the things that are shared by young people everywhere. The entire media is moving this way, because the Internet and the world in general is becoming similar. It’s not becoming homogenous — you still have local cultures — but increasingly, people all over the world relate to the same things. Just look at the global success of a series like X Factor. The values of today’s youth around the world are far more aligned than they were twenty years ago.

Here’s an interesting change: no matter if you are in Dubai, Riyadh, Mexico City or wherever, we found the current generation always has their mother or father among their top five choices of role model. Ten years ago, there was no presence of parents in the top five responses. Back then, youths were fighting against their parents and wanting to affirm their own identity. But now people tend to be closer to their families. Previous generations — such as Generation X — were more into the idea of sex, drugs and rock-and-roll. This meant it was a simpler time for programmers. Now we are making programmes about being sixteen and pregnant, or the emotions of teens at school, or a new series called Catfish, which is about life on the Internet.

Our research shows that viewers want to see themes of their lives represented, and this can be through a reality show or something scripted, but even the nature of that has changed. The language and content is milder than six or seven years ago. Today, if you want to get attention, you don’t get it simply through violence and swearing.

Shows that used to do well, like Jackass, don’t perform as well now because viewers think they are too simple. Today, if you want to capture the youth market, the challenge is to create empathy. The Millennials tend to be more sensitive than Generation X, and feel that they can really change the world for the better. The percentage of people who think they should be buying things from companies that do good is bigger, and this generation has a lot of positivity and a will to try and make the world a better place. Despite the economic challenges they currently face around their world, our deep research shows they are optimistic. Compared to previous generations, they are a lot less selfish and have a greater belief in fairness. But the concept of brand loyalty? In the new world it is much less than it was before.

There are more distractions out there than ever, so if you don’t do exactly what the viewers like, they can easily do something else. And you need to be seen to be leading the way, otherwise they’re going to choose something else very, very quickly.