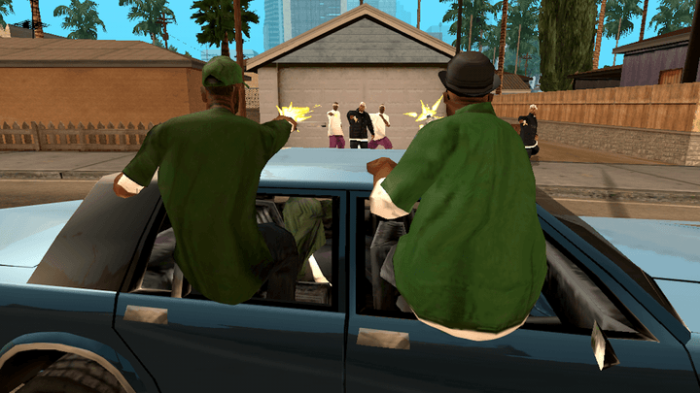 Matt Pomroy dives into the debate about violence in video games.

From the days of Space Invaders, killing has been a key part of the success of video games, and as the industry grows and becomes more competitive, game makers are increasingly turning to violence to court controversy and boost sales. But as the imagery becomes increasingly graphic and, thanks to advancements in technology, realistic, concerns are being raised that the industry is out of control and governments are beginning to clamp down.

Countries have different criteria of what is acceptable. In Saudi Arabia, the Pokemon games are banned for allegedly promoting Zionism due to the appearance of a six-pointed star. In Germany, several games are unreleased due to the appearance of prohibited images of swastikas or portraits of Adolf Hitler, while China and South Korea have both banned games due to political reasons. Surprisingly though, the country that has the strictest record when it comes to censoring computer games is Australia. Their hit list includes games ranging from the globally successful Grand Theft Auto: San Andreas to violent third-person shooter Postal 2.

In the UAE, the censoring process is handled by Dubai’s censorship department, who tend to follow international guidelines. Occasionally games are banned for being against Muslim values. The new PS2 game God Of War 2, for example, was prohibited from sale in the UAE last month not for its unrelenting violence, but because of one topless scene. Other recent titles that failed to receive a classification certificate (and were thus effectively banned) include Manhunt 2 (which has players controlling an inmate attempting to murder his way out of an asylum) and Carmageddon (based on the 1975 cult classic movie Death Race 2000), which was only released when the pedestrians in the game you had to mow down were changed to zombies and robots.

Senator Lieberman believed the game – in which a character encounters a world of annoyance before being given the option of ‘going postal’ and gunning down the residents of his town – to be morally corrupt. However, in 1999 Senator Lieberman voted ‘no’ on more penalties for gun and drug violations. The irony was not lost on gamers. Video games – specifically the Grand Theft Auto series – came into question again in 2003 when teenager Devin Moore opened fire in an Alabama police station (after being questioned over a car theft) killing two officers and a dispatcher before stealing a police car, echoing the nature of the GTA games that he allegedly played. Upon his recapture, he told Associated Press ‘Life is a video game. Everybody’s got to die sometime.’

Since the early 90s (and the advent of the graphically superior 16-bit consoles) games have carried ratings, but here in the UAE there is no region-specific system. As consoles sold here are the versions made to run on the European PAL system of televisions that we use in the UAE – rather than the NTSC system that TVs in North America use – the games nearly always come from Europe. While the British Board of Film Classification (BBFC) gives games ratings in the UK, we’ll rarely see that and the best judge for games that find their way to Dubai is the Pan- European Game Information (www.pegi.info) age rating system which can be found on the back of games in this region.

Launched in 2003 to help clarify the type of content, the system can still be confusing at times. Bizarrely, the new Harry Potter game on the PS2 is rated 7+ and carries the logos warning that it contains violence and scenes that may be scary, while Tenchu Z on the new, graphically more realistic, Xbox360 is a game that offers players the chance to ‘become the ultimate ninja assassin’, is rated 16+ and carries a violence warning, but not a logo warning that it’s scary for young children.

It’s no surprise, then, that parents are concerned about their children playing violent games. ‘I think there’s a lack of understanding in some shops about these certificates,’ Anne Jennings, a mother of two told Time Out. ‘Some of the bigger shops will check for ID, but the smaller shops don’t seem to bother. My 14-year-old son has had no problem buying 18-plus games.’

Video game censorship in Dubai is at an early stage – violent games that are banned in the major markets will almost certainly be banned here. But with video games becoming more realistic, censors in the UAE will undoubtedly be more careful about what they allow to be released. ‘We do look at all the media and that includes games,’ says media censorship department head Aleem Jumaa. ‘The rule for this is that if we do not allow it in a film then we will not allow it anywhere. But I do think that looking at violence in films is more important.’•

For Time Out Magazine – click here for original PDF –  016_TV_Violence