Right now, the news cycle in the US would rather blame mass shootings —17 and counting in 2019—on the effect of playing video games than on the wide availability of guns. WalMart has announced more restrictions on the games in store, rather than the guns they sell. But playing games with your young child is a positive thing—in fact, it’s a key feature of modern parenting.

My son and I have built worlds together, saved the earth from giant robots, fixed space stations, and this afternoon we beat an over-confident talking dingo in a race of three laps around a tropical island. And although most games are not labelled as educational, they are teaching valuable skills all the time.

According to research in American Psychologist there are benefits including the ability to “strengthen a range of cognitive skills such as spatial navigation, reasoning, memory and perception.”

More than all the science, however, it’s just good fun and something hugely enjoyable for two people to do together. Games these days are far more advanced than Jet Set Willy and Horace Goes Skiing on the ZX Spectrum 48k when I was a child and modern games are interactive adventures into worlds that are rendered as impressively as any Pixar or Disney film. Crucially, they are interactive rather than passive.

In Knack 2 on the PlayStation, I’ve seen my son solve a puzzle to get out of a room using logic while learning the cause and effect of interacting with different elements in the surroundings. It was impressive for a five-year-old and you can see the look of joy on his face when he figures out what needs to be done. Going on digital adventures like this gives him a chance not only to solve problems, but also to lead and make decisions.

“Right, where are we going now?” I’ll say and he’ll have to decide upon the best route to take based on the information we have.

Sat on the sofa there together, we spend time bonding and heading off—like Shrek and Donkey—on another whirlwind adventure.

Years ago, we’d be sat on a riverbank fishing—playing games is just the modern version of that, and no living thing is harmed while doing so. This is the modern equivalent of all the old father-child pastimes, with hidden benefits and skills development included in doing so.

And it has to be better than watching yet another episode of Paw Patrol.

Here are Four Games to Play With a Young Child

Lego Worlds
You get to work together building, creating and reshaping lots of different worlds with an infinite number of digital Lego bricks as well as completing tasks based around finding and collecting things throughout the varied environments. 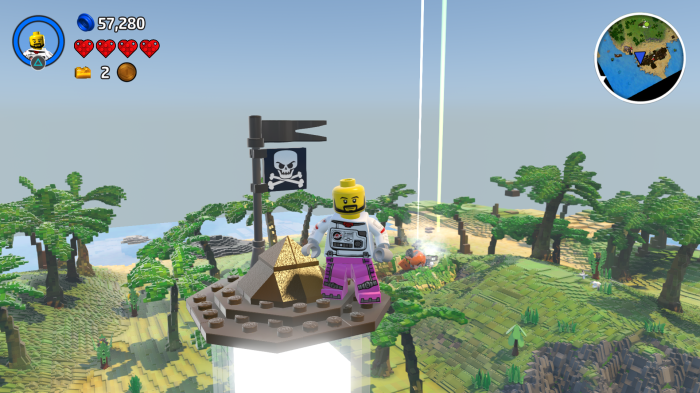 Knack 2
In a beautifully drawn cartoon world the two players work together to fight monsters and robots as well as solving puzzles to progress. And it’s easy to help out the other player if they’re struggling with a section. 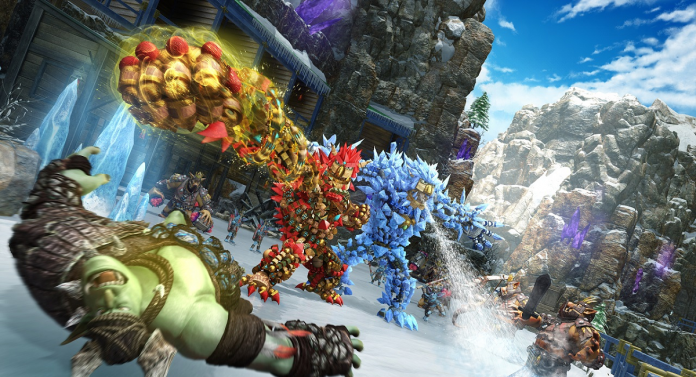 Crash Bandicoot Team Racing
Cartoon animals racing around circuits, it’s an update on the Super Mario Kart ideal, but with more to collect and do – ideal for improving coordination and learning that sometimes you don’t always win and things aren’t always fair.

Spyro Reignited
Remake of the old ‘90s game in which you – a little dragon – explore worlds collecting gems and solving puzzles to free other dragons. Just hard enough to be a challenge but with a gentle enough learning-curve.