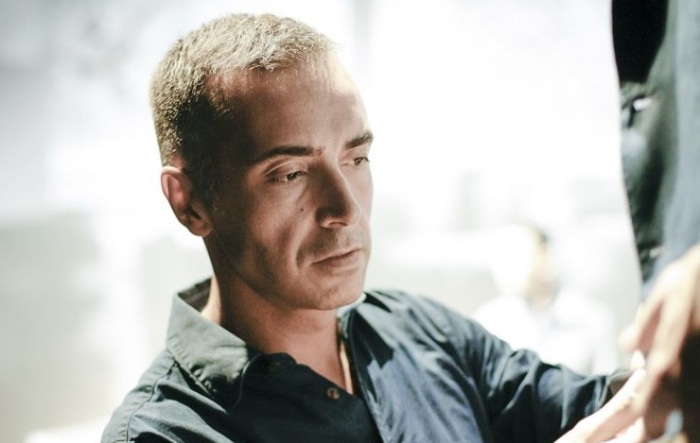 With his penchant for not complicating things, Andrea Incontri is bringing Tod’s into the modern era.

“We just want to have a life that is not only better but easier,” says Andrea Incontri, creative director of menswear at Tod’s, when asked why so many high-end brands are now making sneakers.

It’s part of the casualization of menswear, but for a classic Italian label like Tod’s, it’s a balancing act. Incontri was brought in to realign the menswear collection and he’s three years into a mission to “find something that works for the wider market, not just the Italian dream.” His belief that we want an easier life tallies with how men now dress but, he insists, “easy is not superficial; it’s about lightness. You can wear a sneaker with a suit or with denim and a T-shirt, so it’s a good passport to do whatever you want.”

Incontri speaks about balancing the old and the new; taking the brand forward but still trying to remain true to its heritage. “The challenge is constantly changing because the market is constantly changing,” he smiles. “The philosophy now for Tod’s is the same for men and women – easy to wear with an Italian touch. It’s changed a lot, because even though it’s still a heritage product, we’ve experimented more.”

That experimentation includes treatments and waterproofing, dyed blue leather jackets that look like fabrics, and new ways of presenting denim. Incontri says he likes the idea that denim is the “real democratic fabric for everyone” but elevates it with special treatments.

His background is a fitting mix of technical and sartorial, having studied architecture when he was younger. He was also influenced by his mother. “She worked as a tailor in Milan, so I knew from a young age what quality was.”

There is a clean, utilitarian luxury in his collections. Perhaps most astutely, he explains that the key to selling clothes to men is to not overcomplicate the design. “Less is more. That’s the way for me as a designer, but less is not a banal product because often by removing something, you add to things overall.”

And at the head of the company the man who hired him, Tod’s CEO Diego Della Valle, is still there, on hand to help guide the brand forward. “The most important thing I learned from him?” Incontri ponders. “Never forget quality and never forget what the artisan thinks.”
For Vogue Man