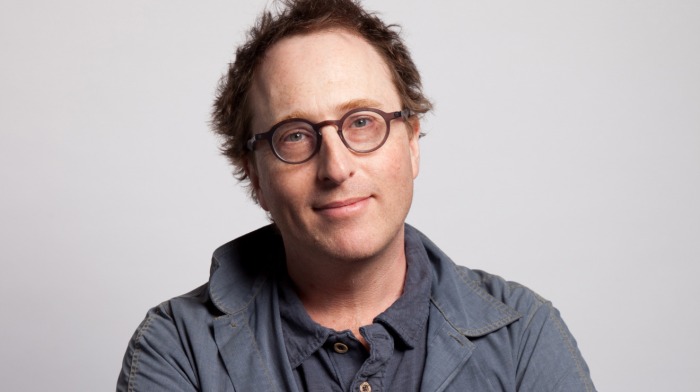 Jon Ronson is preparing to write the sequel to Them: Adventurers With Extremists and I spoke to him about the characters from that book,where they are now and the state of currently discourse in society and politics.

It seems like the cast of Them: Adventures with Extremists have now been re-branded as The Alt Right. Did it surprise you that they’re back?
Yeah, it knocked me for six. As much as I have personally warm feelings for Alex Jones because he has many human qualities, plus we’re intertwined in history, his rise and my rise were intertwined and we had adventures together. But Alex having political sway is truly horrendous – I’m sure there’s something in the book of revelations about when Alex Jones has the ear of the president it’s when the world ends. I’m totally horrified and bewildered by that turn of events.

Do you feel somewhat responsible for having unleashed or helped promote him early on?
[Laughs] Well I used to joke that I was Alex Jones’ Simon Cowell. But I’ve stopped joking about that now because of what’s happened. Alex would have made it anyway, he’s a force of nature. I thought the other day that my Bohemia Grove adventure with Alex was like Revolver to his Sergeant Peppers… and his Sergeant Peppers was 9/11 – and 9/11 would have made him a star even if I’d never come along so I don’t feel that Alex is my fault. There are a few people out there who do think that and I have had some negative tweets about it, but I feel like it was just good journalism to have spotted Alex before anyone else did.

Well Omar Bakri is not going to be making a comeback anytime soon. [Bakri is in a Lebanese prison]
Certainly isn’t, although so many of these people [from Them] have gone on to have extraordinary things happen. Actually, Omar’s son joined ISIS and was killed. Apparently by ISIS. David Ike stayed pretty much the same. Tom Robb of the Klu Klux Klan never became huge but look at his faction… Tom Robb and David Duke were close and he has much more influence these days.

Are the number of extremists and their followers growing?
Well, I went to a David Ike talk not long ago in Brooklyn and I’m always surprised at how many people go to see David Ike, not least because he talks for fucking hours, it’s like eight hours, but there was 800-900 people there. But when I saw him 15 years ago there was about 800-900 people there so I don’t think that world is on the rise, but it had much more prominence. And there are people sympathetic to that world in the White House. Somebody who was sitting in David Ike’s audience is now president. There does seem to be an increase of racist attacks in the United States and some of Trump’s speeches have enabled people to behave in a more racist and anti-Semitic Islamophobic way.

I’m not sure about the Klan’s membership numbers, but have existing members been embolden by Trump or are we just noticing them more?
I don’t think their numbers have grown. And I don’t think that Alt-right gave Trump the election, in fact I think that Trump won the election despite the Alt-Right. When you meet a regular Trump voter in Texas, they’re not fans of the Klan or Alex Jones. Perhaps more a fan of Alex Jones than the Klan. But I think Trump won despite them and people held their noses when it came to Trump’s affinity with the Alt-right and they voted for him because they hated Hillary. That’s the main reason. Everybody underestimated just how despised Hillary was as this kind of authoritarian busybody, people hatred her and that’s the main reason. And they felt with some justification that they had been ignored. I’ve been living in American for five years now and when the left because more interested in cultural issues that economic issues it was a fucking disaster.

Going back to “it’s the economy, stupid” and people just wanting jobs.
Yes, and much as the phrase identity politics matters to a lot of people, and I wouldn’t diss it because it does mean a lot to many people, for it to become the dominant left-wing narrative and then disseminated to the world in such an aggressive way was a mistake and the pendulum swing too far. I know I’m free-associating here, but I do this monthly comedy night in Brooklyn and we had a comedian on a couple of months ago who was a woman of colour, and she said on stage that “for the last year we’ve been blaming white men for everything and what do white men do? They elected Trump” it’s like the worst revenge.

Looking back it now seems like the Bilderberg Group is a quaint idea.
Yeah, that’s a good point, and Bohemia Grove. This is a whole new thing and how long it will last I don’t know. I can’t believe it’s going to last too much longer.

Reminds me of Justin Sacco in your book So You’ve Been Publically Shamed, getting of an airplane and finding a bad joke on a tweet has gone viral because people all jumped in to attack her and she lost her job. And there but for a bad joke on Twitter goes I…
And I think in books of the future about how did we end up here, stories like that will be part of the narrative. Brietbart and Infowars propagandize the hell out of that kind of stuff like Justine Sacco because they see it as the Achilles heel of the left and of the left’s disgustingly unlikable manner.  I hope we don’t go back to that kind of shit.

It’s strange to think that since Them… came out the one constant has been David Ike.
[Laughs] Although, it’s funny, of all of the people I interviewed, if you’d said to me that one of all these who you’ve interviewed over the years is going to have the ear of the president, can you guess which one? I’d have said “well, I hope it’s not going to be Alex”. It reminds me of Jon Stewart saying when all the Somali pirate things were happening, “of all the Disney characters that could have come to life why couldn’t it have been a magical princess? Why did it have to be pirates?” and I feel the same way. Of all the people I interviewed, why did it have to be Alex?

For the follow up to Them… are you going to go back to the original people you spoke to?
I think there’s going to be a whole new bunch of people writing overview books about the Alt-Right. I think I have singular adventures that happen in a world. The Psychopath Test isn’t a book about mental health, it’s a book about a particular adventure that I had and I’m going to do the same in this book. It’s going to be a particular adventure that just happens to take place in the landscape of the Alt-right having influence on the White House, rather than a book specifically about that.

Do you believe that Donald Trump is a psychopath? He seems to fit the traits as you present them in The Psychopath Test
I actually don’t think that Trump is a psychopath but even if I did, one of the big lessons of the Psychopath Test is that it’s psychopathic to start diagnosing people as psychopaths so I try not to do it. But even if I was still a keen psychopath spotter I actually don’t think Trump is a psychopath. I think he clearly has issues with Narcissism. There was a really interesting article by Alan Francis who was one of the architects of DMS4 who wrote this thing for the New York Times basically saying “I invented narcissistic personality disorder and Donald Trump doesn’t have it”.