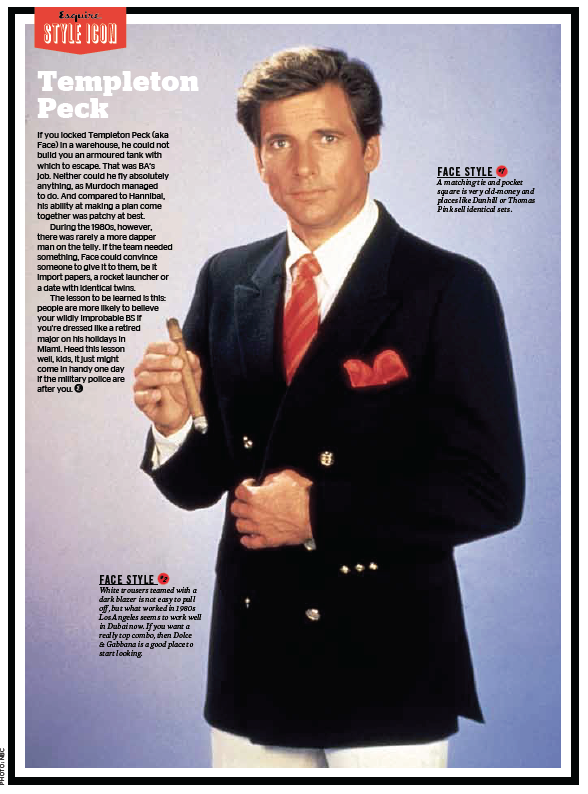 If you locked Templeton Peck (aka Face) in a warehouse, he could not build you an armoured tank with which to escape. That was BA’s job. Neither could he fly absolutely anything, as Murdoch managed to do. And compared to Hannibal, his ability at making a plan come together was patchy at best. During the 1980s, however, there was rarely a more dapper man on the telly. If the team needed something, Face could convince someone to give it to them, be it import papers, a rocket launcher or a date with identical twins. The lesson to be learned is this: people are more likely to believe your wildly improbable BS if you’re dressed like a retired major on his holidays in Miami. Heed this lesson well, kids, it just might come in handy one day if the military police are after you.

Face style #2 White trousers teamed with a dark blazer is not easy to pull off, but what worked in 1980s Los Angeles seems to work well in Dubai now. If you want a really top combo, then Dolce & Gabbana is a good place to start looking.