THE REALLY DRAGGING IT OUT AWARD
The Hobbit would have made a good two-hour film, but has been dragged out to three veeeeery long films. We lost the will to live halfway through the second amid archaic Tolkien-speak and the knowledge that some sort of end is literally months away. Plus, it ends on such a weak “cliffhanger” it may as well have been accompanied by the EastEnders drums.

A DECENT 30 MINUTES OF A FILM THAT IS OTHERWISE PRETTY POOR
We’re The Millers. Watch the first half-hour of this film only. By the time you get to Jennifer Aniston doing her Flashdance thing it totally kills any comedy goodwill, but Jason Sudukis pretty much nails the start of this rom-com before it heads off into setmpieces and tired film tropes.

BEST FILM NOT RELEASED IN THIS REGION
The Way Way Back. From the pair who wrote The Descendents (and won an Oscar for that script) this follow-up is about a boy who strikes up a friendship with the manager of the Water Wizz water park during his summer job. Sam Rockwell is great as the workshy park manager, while Steve Carell and Allison Janney put in some of their best performances to date. 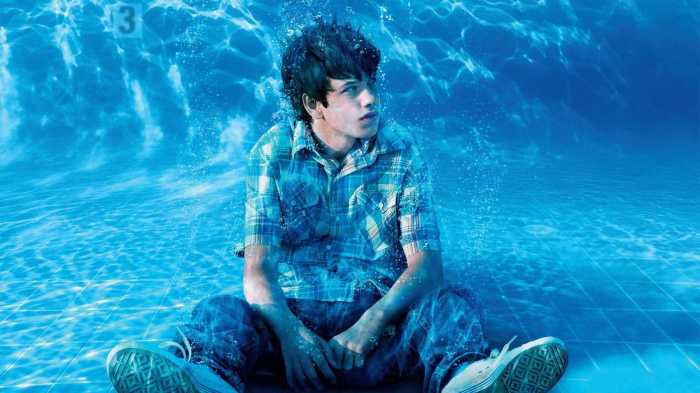 The Way Way Back

MOST UNDERRATED WARDROBE
American Hustle — the Citizen Kane of side boob.

BEST TEEN BOOK ADAPTATION
Amid the fuss over The Hunger Games, the tedium of Hobbit films and all the rest of the scramble to find a new “franchise”, a genuine gem was very much overlooked after finally getting a release amid legal wrangles. Odd Thomas (based on the books by Dean Koontz) is a short-order cook with the ability to see the dead. Quirky, macabre, funny and touching this feels like a throwback to films of the ’90s and tonally like Peter Jackson’s The Frighteners. Reviews were mixed and there probably won’t be any more of the series filmed, but this was a fun 90-minutes.

BEST FILM THAT DIDN’T GET A CINEMA RELEASE ANYWHERE
Clear History, the HBO TV movie written by and starring Larry David. Essentially a feature-length episode of Curb Your Enthusiasm, the Larry David character assumes a new identity in a small town after public humiliation. John Hamm, Kate Hudson, Eva Mendes and Michael Keaton co-star and it’s now out on DVD and worth catching, if only for more of the David moans about the minutiae of modern life. Such as this lovely gripe: “I don’t reply to birthday emails. Y’know, ‘thank you very much’, ‘so kind of you’, ‘oh you remembered’, it turns the birthday into a job. The birthday shouldn’t be a job, we should be celebrating a birthday. We shouldn’t be going ‘oh it’s my birthday I have to go to work.’”

THE LAURENCE OLIVIER “TRY ACTING DEAR BOY” AWARD
Ryan Gosling. If he’s not slowly walking about smirking, he’s staring into the middle-distance with the expression of a Labrador being shown a card trick, and his shtick has worn thin very quickly. He got the publicity for The Place Beyond the Pines, (when an excellent Bradley Cooper acted him off the screen) and followed it up with complicity in the incomprehensible mess that was Only God Forgives. Perhaps Terrence Malick can get something new out of him in their forthcoming project.

THE “IS IT RAINING, I HADN’T NOTICED” AWARD FOR WORST LINE IN A FILM
Pretty much everything from the Diana film sounded like it was cobbled together from “inspirational” quotes found on a teenage girl’s Facebook page. Example: “If you can’t smell the fragrance, don’t come into the garden of love”. Also, a special numerical mention to General Zod in the Superman film for saying: “There is only one way this ends, Kal. Either you die, or I die.” So, two possible outcomes. Superman really should have thrown that back in his face for LOLZ.

BEST FILM MADE FOR UNDER $2 MILLION
The Kings Of Summer. Teenage coming-of-age stories are not in short supply, but this Tom-Sawyer-meets-Stand-By-Me tale of three boys who decide to build their own place to live in the woods was great fun, especially so considering it was the writer’s first film and the director’s first full-length feature. 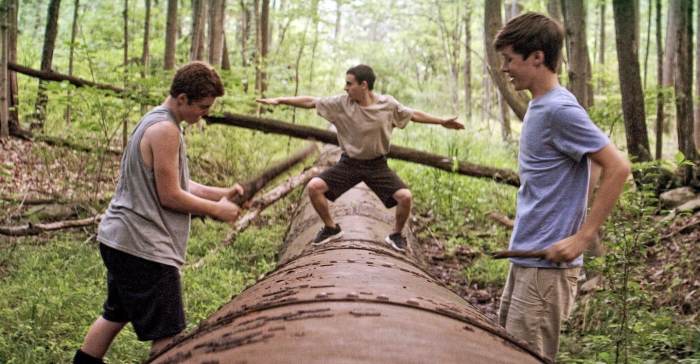 The Kings of Summer

ADAM SANDLER WORST FILM OF THE YEAR
And the man himself is back to claim the Oscar named after him. Grown Ups 2 wasn’t expected to be any good and most people expected it to be pretty poor. But what nobody expected was just how terrible it would be. So much so, you can just take random lines from critics’ reviews of the film and run them together to get a pretty decent consensus of how people felt about this insult to cinema:
“The Land of Lazy can crown a new king because with Grown Ups 2 Adam Sandler has officially nabbed the throne [1]. Among the slackest, laziest, least movie-like movies released by a major studio in the last decade, Grown Ups 2 is [2]… made for brainless grunts [3]… flipping the bird at continuity and logic [4]… it’s pure plotless, grotesque high jinks, bizarre and inept in a way that’s [5]… stupid and unwilling to put forth the effort needed to distinguish itself even from a mediocre Internet video [6], it’s like everyone involved intentionally tried to create a horrible movie.[7]”

MOST RETRO CAST
Run For Your Wife. The old West End stage farce got a screen outing (with Danny Dyer and Denise van Outen) and was a massive flop, taking just £602 on its opening weekend in the UK. You could quite conceivably make more by selling old DVDs at a Safa Park flea market one Saturday morning. The incredible thing, however, is the supporting cast that reads like a who’s who of 1980s British panto. It included Christopher Biggins, Rolf Harris(!), Lionel Blair, Derek Griffiths, Cliff Richard, Jeffrey Holland, Vicki Michelle, Russ Abbot, Bernard Cribbins, Richard Briers, Brian Murphy, June Whitfield, Maureen Lipman, Andrew Sachs, Robin Askwith, Mark Wingett, Donald Sinden, Prunella Scales and (seriously) many more. The film may have flopped but we’d have paid good money to attend the premiere after party.

BEST ACTION SCENE
When a barrage of debris first takes out the Space Station in Gravity. It’s likely to pick up awards for the effects, but perhaps more significantly, it’s the first film that you really have to see in 3D (preferably at an IMAX cinema) to truly appreciate the scene. Other 3D films — even hugely-hyped Avatar — we’re not enhanced that much more by seeing them in 3D. Gravity is the first 3D classic and a benchmark for future films in this format.

THE CUBA GOODING JR. AWARD FOR WORST USE OF A ONCE PROMISING CAREER
Vince Vaughn – Swingers seems ever more distant with every film. The Watch, The Dilemma, Couples Retreat, all terrible, but The Internship was a special kind of low, with a story arc that would insult a straight-to-DVD kids film and a performance so phoned in you half expect to hear the pips go any minute as he shovels more coins into the payphone from whatever holiday resort he’s already mentally at.