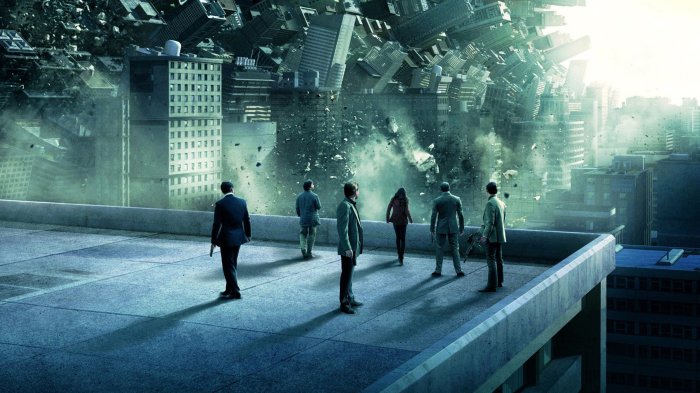 Prior to the success of last year’s Inception, big science fiction films had mostly struggled at the box office, meaning there was a huge reluctance to commit budget to the genre. The exception was movies with plots aimed at 12-year-old boys, which involved lots of CGI action, explosions and a script that wouldn’t leave half of them wondering what was going on. In short, it meant Transformers and films about superheroes.

This is nothing new. Intelligent, big-budget sci-fi movies have rarely make a return on their investment. Even greats like Ridley Scott’s Blade Runner took years to make a profit, so a revival of the sort of engaging sci-fi that was popular during the 1970s didn’t seem likely.

After Inception, however, it seems there has been something of a renaissance. Thoughtful sci-fi films are not only being green lit but are getting mass distribution to cinemas as well. Many of them are also doing well, which should help more to get the go ahead. The fact Inception was made in the first place was almost certainly not of Warner Brother’s insistence. But when you’re Christopher Nolan and you’ve just made the studio over $1billion with a Batman film then they are more likely to indulge you — especially as you haven’t yet committed to a follow-up.

By being allowed to make a smart, conceptual film of this nature – and on a huge budget – Nolan was able to prove that a market exists for the product. At no point did Inception dumb down and it required the audience to work hard mentally, yet the film was a huge success, making over $820 million.

In its wake, others films have performed well. Duncan Jones followed up the excellent Moon (a low budget ode to the ’70s sci-fi he grew up with such as Silent Runnings and Dark Star) with the well financed Source Code, which explored everything from the nature of existence to alternate universes. The Adjustment Bureau was a smart action thriller (based on a Philip K. Dick short story) featuring such themes as free-will versus predestination along with some religious undertones. And Neil Burger’s Limitless dealt with the idea of memory-enhancing drugs (nootropics), addiction and the scientific quest to increase the abilities of humanity — but at a cost.

These films prove that sci-fi can be about more than a superficial plotline. Often allegorical, they raise questions about bigger things than the simple “what if?” premise used to kick-start the story. And they don’t always require a huge budget either. Limitless, Source Code and The Adjustment Bureau were made for $27-, $33- and $50 million respectively, but all made well over $100 million ($143 million in the case of Limitless) and were also critically well received.

Of course, we could pilot the Nostromo through the plot holes in Limitless, and the end of Source Code may have been a scene too many for some, but the simple fact that these films are being made and marketed to multiplex audiences is hugely encouraging. And while it’s always hard to tell from synopses whether future films will continue to transform the genre or will be as bad as Transformers 2, this summer sees Super 8 (a Spielberg homage set in the ’70s) and Apollo 18, the fictionalised “what-if?” account of the planned 1970s space mission that was cancelled by NASA. Also out is The Rise of the Planet of the Apes, an original story set in present day San Francisco that’s as much about the moral questions of genetic engineering as it is an action thriller.

It’s highly unlikely that any of those will be as good as Nolan’s Inception, but if it opens the door for more films with high-concepts and bright ideas then so be it. The poor, noisy, stupid, CGI-heavy films will always be with us, but at least studios are beginning to realise that intelligent sci-fi can make them money as well.

IN TIME (2011)
In an overpopulated future, the ageing gene has been switched off. The rich can live forever, while the rest negotiate for their immortality.

LOOPER (2012)
Joseph Gordon-Levitt, as a killer working for the mob, recognises the next target as his future self.

GRAVITY (2012)
Alfonso Cuarón’s film starring George Clooney as the lone survivor of a space mission to repair the Hubble telescope and now trying to return to Earth.

MACHINE MAN (2012)
Darren Aronofsky’s cybernetic thriller about an engineer using titanium to upgrade his body, but he’s targeted by people who want his inventions.

PROMETHEUS (2012)
Ridley Scott’s (not quite) prequel to Alien that looks at terraforming and the scientific notion of “playing God”.