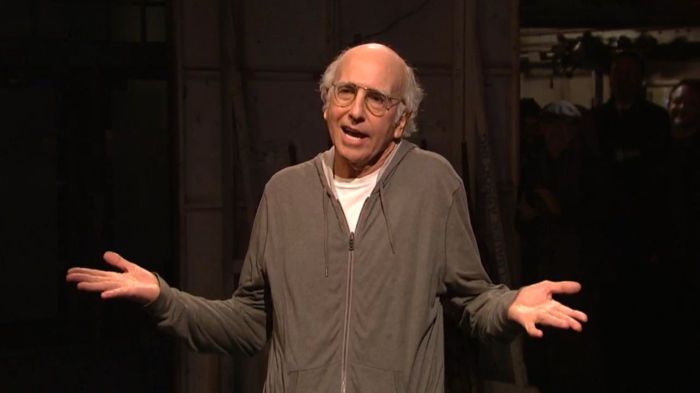 The new series of Curb Your Enthusiasm doesn’t just mark the return of one of TV’s best comedies, but also the return of a modern-day hero

Here’s a test for any man. You can judge what sort of person you are by how much you agree with Larry David in the HBO comedy Curb Your Enthusiasm. The more you agree with him, the more frustrated you’ve become with the endless nonsense of modern life. Eleven year ago, in season one, he often horrified me. Now, with season eight about to start, I think he’s right 95 percent of the time (at least) and everyone around him is unnecessarily harsh on the guy, or just plain wrong. I’ve even gone back and re-watched the first series and changed my viewpoint. He was right nearly every time. Increasing numbers of people agree and by sticking to his own ethics and morals in the face of stupid social conventions he’s become a hero for the many men like him.

As the co-creator of Seinfeld, it’s widely known that the character of George Costanza is an exaggerated version of David’s real persona. Larry David in Curb Your Enthusiasm, however, is the unedited version of his real-life personality, which is far more interesting. It’s the removal of he societal buffers that free him to say what he thinks, and to stand up for what believes. This is why, increasingly, he’s becoming a hero for men everywhere. It’s not just that he lives the near perfect life — a semi-retired millionaire loafing around Brentwood, Los Angeles — it’s his dogged insistence on accuracy over politeness. His heroic refusal to conform to the lies and forced bonhomie that are seemingly required in modern society is matched with a seemingly unassailable logic.

David once said: “I don’t find the character to be cranky or rude, I find the character to be honest. And honesty comes off as cranky or rude, I suppose. But that character is way happier than I am. I’m cranky. He’s not cranky. I’d be much happier if I were more like him.” The truth is, we probably all would. There are now T-shirts and wristbands with the initials “WWLDD?” on them. They stand for “What would Larry David Do?” and are not only a take on the original “What Would Jesus Do?” wristbands but a wry nod to the fact that more and more men are taking the path of Larry.

The new series starts on July 10 in America — and will therefore be all over the Internet within hours. It should come to the Middle East later in the year, but many can’t wait. There have been no preview screenings, but the HBO press release states, “Following a series of LA run-ins with Girl Scouts, battered women, a ‘chat and cut’ diner, Richard Lewis’ buxom girlfriend, a divorce lawyer, the hostess at his favourite restaurant, and the LA Dodgers owner, Larry executes an ill-fated coverup that forces him to leave LA for New York City, at least temporarily. There, he’ll encounter the likes of Rosie O’Donnell and Michael J. Fox.” Larry David, back in his home town, where two of the people he’ll encounter include a notoriously mouthy feminist and a famous guy with Parkinson’s. Strong hints right there that this season could be truly great. And the cult following of the way of Larry is only set to grow.

Inspired by Larry’s imminent return I took the time last week to tell two complete strangers why it’s really annoying when they stand side-by-side and block the escalator in the mall. What they should be doing is standing to the right — like they generally do on the Underground in London — to let past the people who are in a hurry to end the shopping nightmare as soon as possible. It ended in a minor argument. But you know what? It felt pretty good. Prettaaaay, prettaaaay, pretty good.

The Wisdom of Larry David

One thought on “What would Larry David do?”