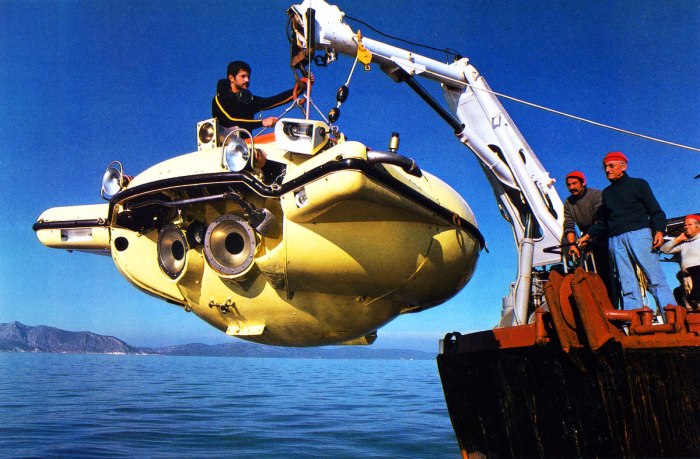 Broadcast into millions of homes around the world from 1966 to 1976, The Undersea World of Jacques Cousteau documentaries chronicled the sub-aquatic explorations of Jacques-Yves Cousteau and his crew aboard RV Calypso. For the first time, the entire series is available on DVD.

The former French naval officer, who died in 1997 aged 87, was the co-inventor of the aqualung and the Nikonos underwater camera, so for that alone his influence on undersea exploration is vast. But it was with his newfound diving equipment, and method of recording what he saw, that he became the planet’s unofficial guide to the sea.

Much of the footage was “never-before-filmed” and there was a real sense of old-fashioned escapades. Episode titles such as “Sunken Treasure”, “Lagoon of Lost Ships” and “Secrets of the Sunken Caves” sounded like Boy’s Own adventure books and it was the sort of series that was as inspirational as it waseducational. In typically French prose Cousteau once stated, “When one man, for whatever reason, has the opportunity to lead an extraordinary life, he has no right to keep it to himself.”

This was a time before HD, CGI graphics and modern technology, so watching the series now,some 30-to-40 years later, it looks a little simplistic. But it was groundbreaking back then. This was a time of adventure when man was going to the moon and exploring space, even though two thirds of the planet was still largely unexplored. And most of that was underwater.

Cousteau showed the world what was down there. It may not have been such a famous giant leap for mankind, but in his own way Cousteau showed us things that we’d never seen before, and in a style that would pave the way for future documentaries. He was to water what Neil Armstrong was to space and arguably affected more people. After all, those who’ve ever taken a PADI diving course should remember that it was Cousteau who paved the way for you to be able to breathe underwater.

Not only is he synonymous with undersea exploration, he’s a permanent cultural icon. So much so, that when you write his name in Word your PC doesn’t underline it in red; he’s already there in the dictionary. In our modern digital terms, that’s a quirky endorsement that marks you as someone for the ages.

Now, on DVD, we can go back to the age of undersea discovery and re-watch the series that justly earned him that status.