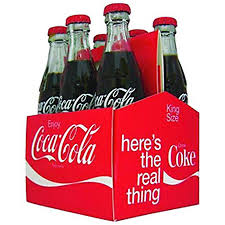 Is there any truth in the rumour that Coca-Cola really contains alcohol?

A recent report from This American Life, a radio show in the United States, claims to have discovered the closely-guarded formula to Coca-Cola in an archived 1979 article from Coke’s hometown newspaper, The Atlanta Journal-Constitution. A photo with the piece shows pages from a notebook with a handwritten list of ingredients, one of which is alcohol.

While the basic ingredients are on the side of every Coke can, there are also the “natural flavourings”, otherwise known as “7X”. This is the key to the drink’s distinct flavour and those components appear to be clearly visible in the photo. It states that the recipe (to flavour 23 pints) is as follows:

When Esquire contacted Coca-Cola they denied that the photo gave away the long-held secret. “The formula in the picture was an attempt to replicate the secret formula, not the secret formula. In the manufacture of Coca-Cola, alcohol is not added as an ingredient and no fermentation takes place.”

Of course, Coca-Cola once contained cocaine, albeit in tiny quantities and way back when it was sold as a medicine. That component was replaced with a non-narcotic extract from the coca plant back in 1906 along with extra caffeine. So perhaps there was alcohol, but it is no longer used today? Coke insists this isn’t the case either, stating: “Alcohol has never been a part of our formula.”

According to This American Life, the notebook originally belonged to Everett Beal, a friend of John Pemberton, the pharmacist who created the recipe for Coca-Cola syrup in 1886. Beal, who also worked as a pharmacist in Georgia (Coke’s home state), passed it to his fishing buddy, Charles Salter, a columnist for The Atlanta Journal-Constitution.

Salter’s son, Chuck said recently, “Everett showed my dad his prized possession, a leather-bound book of recipes that had once belonged to a pharmacist named John Pemberton — the John Pemberton who created the original syrup to make Coke.” This American Life went on to claim that the recipe matched another recipe from Pemberton which is in Coke’s archives.

It’s not the first time that alcohol has been “revealed” as an ingredient. In the 1960 book Food Flavorings: Composition, Manufacture and Use it is claimed that “California white wine fortified to 20 percent strength was used as the soaking solution circa 1909, but Coca-Cola may have switched to a simple water/alcohol mixture.”

In light of this, according to Globes newspaper, one Israeli Muslim has filed a $330 million class action suit against The Central Bottling Company Group Ltd. — Coca-Cola’s Israel franchisee. The suit states: “This is one of the greatest deceptions in the history of consumer affairs, when a company ignores the existence of alcohol as an ingredient despite being aware that the Muslim world abstains from products like these. This is a very serious matter and it certainly won’t be the last in the world in light of the fraud.”

Again, Coca-Cola tells Esquire there is nothing to account for: “The ingredients and manufacturing process used in the production of Coca-Cola are rigorously regulated by government and health authorities in more than 200 countries which have consistently recognised the beverage Coca-Cola as a non-alcoholic product.”

As for Coke’s rival, Pepsi, a woman called Asma Rice from the website themuslimwoman.com contacted both Coca-Cola and Pepsi about this very thing, fearing that if it contained even the slightest amount of alcohol it would be Haram. She received the same reply from Coke that we did, but claimed that Pepsi admitted in a phone call that, “The oils that they use to make Pepsi have minute traces of alcohol which combined make up a percentage of alcohol”.

We contacted Pepsi ourselves but they denied that this was the case: “Our beverages are formulated with ingredients that are certified as Halal by a third party and meet Halal requirements.” So officially there has never has been alcohol in Coca-Cola, even in trace amounts during preparation, despite what the several “leaked” recipes appear to show.