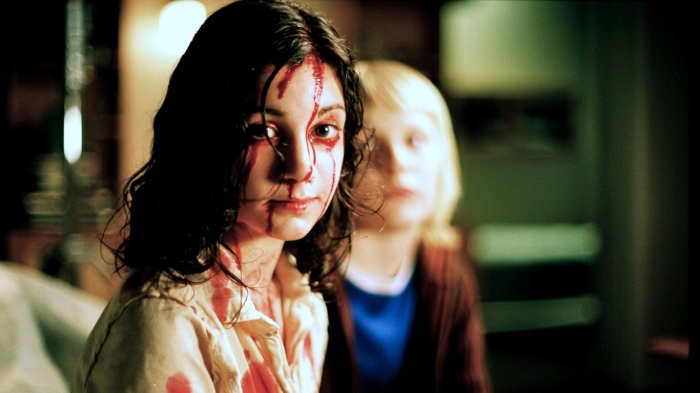 The final line in the 1987 film The Lost Boys comes from the deadpan Grandpa: “One thing about living in Santa Carla I never could stomach… all the damn vampires.” Swap Santa Carla for popular culture and it’s a sentiment that many are echoing right now. Unfairly in some cases.

Not here though, as this month sees the release of The Twilight Saga: New Moon, the second film from the series of books that women have inexplicably become obsessed with. This book/film series has taken the mythical vampire and turned it into something far more terrifying — a boy-band member with bloodlust issues. In this world, vampires sparkle under sunlight instead of bursting into flames, and look like they’ve just come from shooting a Gap advert.

Even in Californication last month, David Duchovny’s character (author Hank Moody) wearily exclaims to one of his writing students who has just written about vampires: ‘Your story was terrible. It’s like that lame Twilight bulls**t; I have no patience for that crap, it’s like bound toilet paper… the world doesn’t need any more lame vampire fiction.’ But the desire for Gothic introspection is seemingly limitless right now.

Cashing in on that popularity, The Vampire Diaries has just started in America. Written by Kevin Williamson (Scream, I Know What You Did Last Summer) and from the CW Network, it’s about two vampire brothers, one good one evil, both with designs on a new girl in town. And it feels every inch a CW production, coming across like Dawson’s Creek or One Tree Hill but with retractable fangs and neck bites instead of wistful pangs and love bites. It needs a stake though its heart from the schedulers sooner rather than later.

If you want tales of lust and blood then the Southern Gothic True Blood starts a second series on ShowSeries this month and does so with a little more bite and a lot more exposed flesh, largely thanks to creator Alan ‘Six Feet Under’ Ball. Back at the big screen, Cirque Du Freak: The Vampire’s Assistant is out next month, in which a young boy leaves home to join a travelling freak show full of bloodsuckers led by John C. Reilly, playing it straight.

Word is, it’s sucks less than Twilight but is popcorn fare at best. Among the bandwagon jumpers and zeitgeist surfers there has, however, been some genuine quality. The Swedish film Let The Right One In probably won’t get the audience that it deserves, but it’s out on DVD now and worth buying.

It follows a shy and bullied twelve-year-old boy who strikes up a friendship with the young girl who moves in next door — she’s pale, solemn, only comes out at night and isn’t affected by the Scandinavian cold. Then people start being killed. It’s Swedish and subtitled but don’t let that put you off. After all, if you’re looking for arty introspection and layered meanings, then subtitled Swedish films have always been the place to be — now with added vampire.