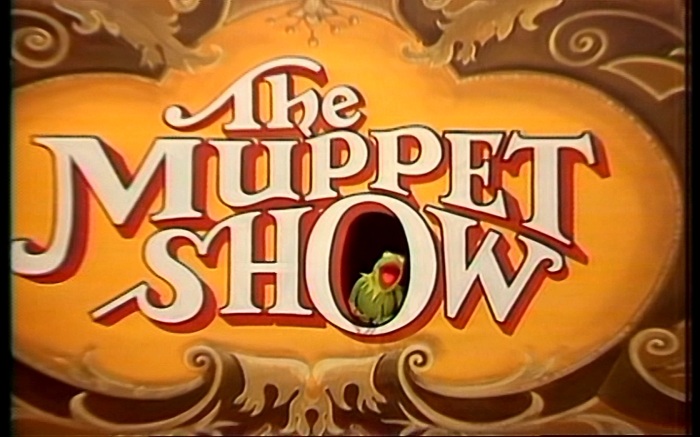 The Muppet Show
There was a place where great actors like James Coburn, Peter Ustinov and Peter Sellers would hang out with a green frog and talk about their craft, while fending off the amorous attentions of an over made-up attention-seeking pig. And no, it’s not Ivana Trump’s condo. It’s a place where musicians like Johnny Cash, Elton John and Dizzy Gillespie would wander about and act blasé when a chopper-wielding chef chased chickens or a shortsighted scientist performed largely-useless experiments and then sing duets with the kind of creatures that can’t even be described as close approximations of any animals on earth.

A place where comedians like John Cleese, Steve Martin and Dudley Moore would discuss the art of stand-up comedy with an orange bear in a fedora hat. From 1976 to 1981 in a faux musical-hall variety show it actually existed and was hugely popular.

According to the Guinness Book Of Records, by 1989 (thanks to re-runs), The Muppet Show was the most widely viewed program in the world, with an estimated audience of 235 million in 106 countries. It would be soon overtaken by Baywatch, reinforcing the belief that the public really do love to watch Muppets running about pretending to act, and it can only be topped by throwing a few top-heavy bikini babes into the mix.

This DVD is the entire second season, which first aired from 1977-78 and ran for 24 episodes, including the excellent musical episode, with Julie Andrews and Kermit singing ‘It’s Not Easy Being Green’.

It also includes extras – ‘The Muppet Valentine Special’ (featuring a young Mia Farrow), The Muppets on the Muppets (interviews) and a music video where the Muppets join the band Weezer.

Top Muppet Show clips on YouTube
• Debbie Harry and Kermit singing ‘The Rainbow Connection’ from 1981.
• Johnny Cash singing ‘Jackson’ in a duet with Miss Piggy, with accompaniment from a backing band of redneck Muppets.
• Alice Cooper singing ‘School’s Out’ with a cast of monster Muppets.

CHiPs: season 1
CHiPs – an acronym for California Highway Patrol – was The Dukes Of Hazzard’s Saturday afternoon rival in the late 70s, and in the days before video recorders being common in households, entire families were split down the lines of Dukes or CHiPs.

Some 30 years later the first season has finally been given a DVD release. There are 22 episodes of Jon Baker (Larry Wilcox) and Frank ‘Ponch’ Poncherello (Erik Estrada) dealing with everything from karate-expert car thieves to a truck of spilled snakes on the mean highways of Los Angeles, in a way that people only seem to do in light-hearted dramas like this.

Much like The A-Team (which started in 1983, the year CHiPs ended), nobody got shot, despite the fact they were dealing with gangs, car-jackers and criminals in a violent American city. In fact, we can’t remember a single episode where either of heroes even drew their guns. Significantly, the series makes references to Jon Baker’s service in Vietnam, which may seem like nothing these days, but it made him one of the very first Vietnam veteran characters on TV to be shown in a positive light as opposed to dysfunctional or bitter about their experiences.

Like a con man, a crazy fool, a gold-laden hardmen and a cigar-chomping smart-a** who still likes to be called colonel, for example. In real life Larry Wilcox served a 13-month tour in Vietnam as a Marine artilleryman, so he was a living example of veterans returning to regular day jobs, albeit as an actor. The series also made Erik Estrada a heartthrob, although after the series ended he didn’t make the jump to Hollywood, rather appearing in unpredictable Latino daytime soaps.