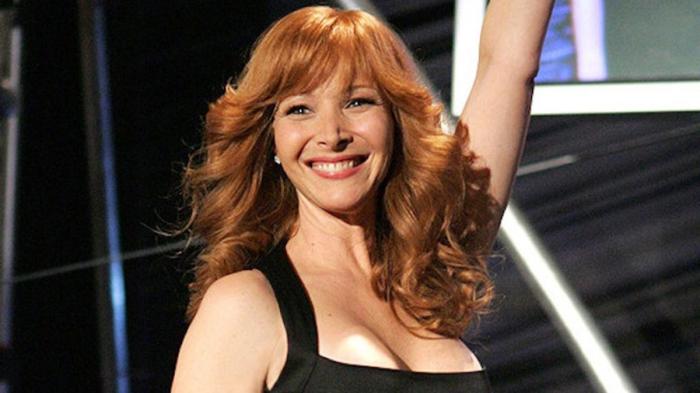 After a decade playing the same character on Friends, Lisa Kudrow makes a return to the world of sitcoms in The Comeback.

Minor celebrities, so desperate to cling to the last vestiges of fame, that they’re happy to appear on reality TV shows are nothing new. In fact, it’s becoming so annoyingly frequent that I once pitched an idea to a TV executive that they set up a reality TV show that persuades everyone from Jodie Marsh and James Hewitt to Lee Sharpe and all the ex-soap actors to live together in a big house for a year with no contact to the outside world. They’re enticed in by the promise that at the end one of them gets the lead role in a $100 million blockbuster film.

The catch being, unbeknown to them, none of this is actually televised, there’s no prize and it’s all just a cunning ruse to keep these ‘dullebrities’ out of the limelight for 12 months. Now that’s public service television, but the TV executive passed on the idea. However, the executives at HBO have had their own stab at the heart of all this reality hoopla with The Comeback – one of the most original and brilliantly ironic programmes to come down the tube for some time.

Ex-Friends actor Lisa Kudrow plays Valerie Cherish, a B-list sitcom star so desperate to revive her career that she agrees to appear in a reality television show called The Comeback. Cameras follow her every move as she fights for a part on a new series about ‘four sexy singles living in a condo’ called Room and Bored. We get to see Valerie’s painful and un-edited struggle to succeed on her new sitcom and although it’s all scripted, it’s filmed like a reality series. It’s painfully entertaining.

Sadly, The Comeback was seen as a failure in America based on falling ratings. But HBO had promoted it as Kudrow from Friends in a comedy from the writers and producers of Sex and The City – including executive producer Michael Patrick King. People expected a cross between those two series and didn’t get it. It’s actually closer to The Larry Sanders Show, The Office or Extras. King said: ‘We wanted to take the overused topic of reality TV and show what a little bit of real reality TV might look like.

It doesn’t tie everything up in a little bow like most TV comedy. This show reflects a slightly heightened version of my experiences and the other writer’s experiences of working on a network sitcom. It’s an entirely new form, rhythm and character. Anything that breaks through as an original expression (music, art, fashion, architecture, yes even TV) takes time to take in. I’ve heard that people are fascinated trying to figure out what it is and where it’s going. The worst thing I could have heard from a viewer would have been, “Oh, I saw your new show, it’s just like…”’

It’s not ‘just like’ anything and for that we should be grateful. In a time where 90 per cent of new shows are copies of others it’s great to see something original, fantastic to see HBO keeping up their stunningly good record of making great television. It’s also superb to see Kudrow doing something befitting of the talent that she’s hinted at in films like Wonderland and The Opposite of Sex.

Now let’s have a quick recap of any noteworthy work the cast of Friends has done outside of that phenomenally successful series: Matthew Perry made a few appearances in The West Wing and seemingly had a contest with David Schwimmer to see who could appear in the least-funny comedy film. Schwimmer winning on points thanks to The Breast Men.

Matt LeBlanc had his spin off sitcom Joey that was, appropriately, one sixth as funny as the show that spawned it. He was also in the film Lost In Space with a performance that was so wooden they should have called it Dr. Drake Ramoray In Space and been done with it. Courtney Cox did well with Scream but that was ten years ago – can you think of anything else she’s done worth watching? Me neither. Poor Jennifer Aniston appeared in a few worthwhile films – Office Space and The Good Girl being the pick – but saw her career as an actress turn into a career as gossip fodder thanks to her role as Brad Pitt’s ex. And for those who remember him, the guy who played Gunther recently spent three (yes three) days working in a coffee shop in Dubai meeting fans that no doubt asked him lots of questions about Jennifer Aniston and Brad Pitt.

But Lisa Kudrow, the one with the fewest funny lines and least likable character in Friends, has gone on to do something original, funny and knowing. And on top of that, she proves that yes, she really can act.

There are some people who deserve to stay in the limelight while others are best left alone – or locked in a big house and ignored for 12 months. Kudrow’s comeback in The Comeback is well deserved and Lazarus-like in its ability to impress.